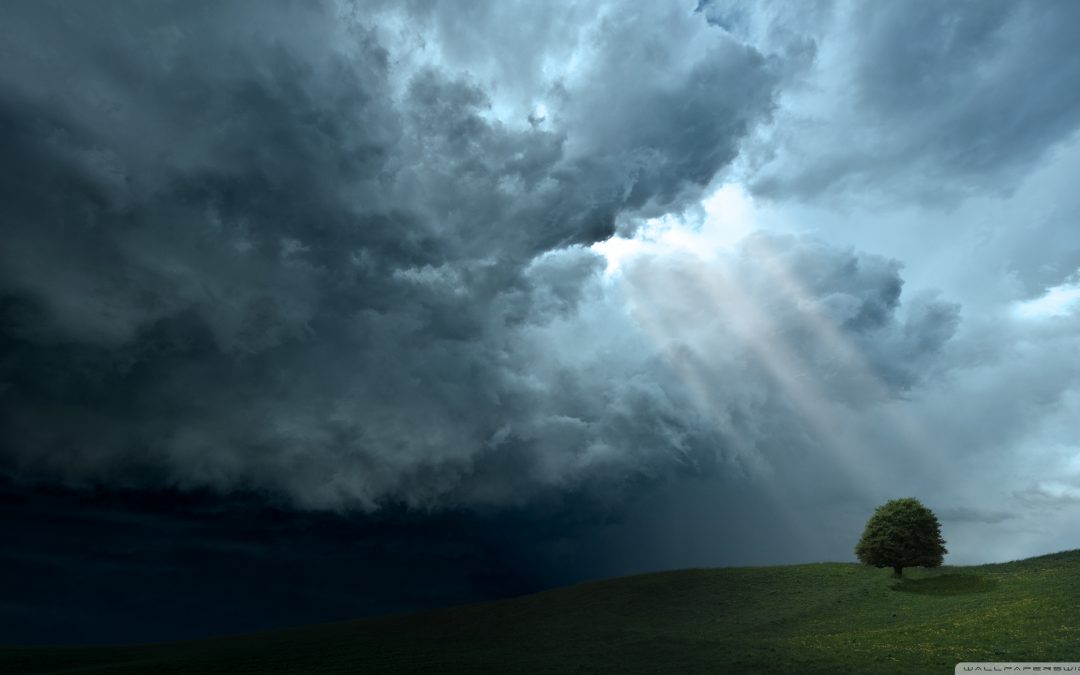 What Is Bipolar Disorder?

Bipolar disorder, also known as manic-depressive illness, is a brain disorder that causes unusual shifts in mood, energy, activity levels, and the ability to carry out day-to-day tasks. Symptoms of bipolar disorder are severe. They are different from the normal ups and downs that everyone goes through from time to time. Bipolar disorder symptoms can result in damaged relationships, poor job or school performance, and even suicide. But bipolar disorder can be treated, and people with this illness can lead full and productive lives.

Scientists are studying the possible causes of bipolar disorder. Most scientists agree that there is no single cause. Rather, many factors likely act together to produce the illness or increase risk.

Technological advances are improving genetic research on bipolar disorder. One example is the launch of the Bipolar Disorder Phenome Database, funded in part by NIMH. Using the database, scientists will be able to link visible signs of the disorder with the genes that may influence them.

But genes are not the only risk factor for bipolar disorder. Studies of identical twins have shown that the twin of a person with bipolar illness does not always develop the disorder, despite the fact that identical twins share all of the same genes. Research suggests that factors besides genes are also at work. It is likely that many different genes and environmental factors are involved. However, scientists do not yet fully understand how these factors interact to cause bipolar disorder.

Another MRI study found that the brain’s prefrontal cortex in adults with bipolar disorder tends to be smaller and function less well compared to adults who don’t have bipolar disorder. The prefrontal cortex is a brain structure involved in “executive” functions such as solving problems and making decisions. This structure and its connections to other parts of the brain mature during adolescence, suggesting that abnormal development of this brain circuit may account for why the disorder tends to emerge during a person’s teen years. Pinpointing brain changes in youth may help us detect illness early or offer targets for early intervention.

The connections between brain regions are important for shaping and coordinating functions such as forming memories, learning, and emotions, but scientists know little about how different parts of the human brain connect. Learning more about these connections, along with information gained from genetic studies, helps scientists better understand bipolar disorder. Scientists are working towards being able to predict which types of treatment will work most effectively.

Extreme changes in energy, activity, sleep, and behavior go along with these changes in mood. Symptoms of bipolar disorder are described below.

Symptoms of mania or a manic episode include:

Symptoms of depression or a depressive episode include:

Bipolar disorder can be present even when mood swings are less extreme. For example, some people with bipolar disorder experience hypomania, a less severe form of mania. During a hypomanic episode, you may feel very good, be highly productive, and function well. You may not feel that anything is wrong, but family and friends may recognize the mood swings as possible bipolar disorder. Without proper treatment, people with hypomania may develop severe mania or depression.

People with bipolar disorder may also abuse alcohol or substances, have relationship problems, or perform poorly in school or at work. It may be difficult to recognize these problems as signs of a major mental illness.

Bipolar disorder usually lasts a lifetime. Episodes of mania and depression typically come back over time. Between episodes, many people with bipolar disorder are free of symptoms, but some people may have lingering symptoms.

Who Is At Risk?

Bipolar disorder often develops in a person’s late teens or early adult years. At least half of all cases start before age 25. Some people have their first symptoms during childhood, while others may develop symptoms late in life.

Doctors diagnose bipolar disorder using guidelines from the Diagnostic and Statistical Manual of Mental Disorders (DSM). To be diagnosed with bipolar disorder, the symptoms must be a major change from your normal mood or behavior. There are four basic types of bipolar disorder:

When getting a diagnosis, a doctor or health care provider should conduct a physical examination, an interview, and lab tests. Currently, bipolar disorder cannot be identified through a blood test or a brain scan, but these tests can help rule out other factors that may contribute to mood problems, such as a stroke, brain tumor, or thyroid condition. If the problems are not caused by other illnesses, your health care provider may conduct a mental health evaluation or provide a referral to a trained mental health professional, such as a psychiatrist, who is experienced in diagnosing and treating bipolar disorder.

Bipolar disorder can worsen if left undiagnosed and untreated. Episodes may become more frequent or more severe over time without treatment. Also, delays in getting the correct diagnosis and treatment can contribute to personal, social, and work-related problems. Proper diagnosis and treatment help people with bipolar disorder lead healthy and productive lives. In most cases, treatment can help reduce the frequency and severity of episodes.

People with bipolar disorder are also at higher risk for thyroid disease, migraine headaches, heart disease, diabetes, obesity, and other physical illnesses. These illnesses may cause symptoms of mania or depression. They may also result from treatment for bipolar disorder.

Bipolar disorder cannot be cured, but it can be treated effectively over the long-term. Proper treatment helps many people with bipolar disorder—even those with the most severe forms of the illness—gain better control of their mood swings and related symptoms. But because it is a lifelong illness, long-term, continuous treatment is needed to control symptoms. However, even with proper treatment, mood changes can occur. In the NIMH-funded Systematic Treatment Enhancement Program for Bipolar Disorder (STEP-BD) study—the largest treatment study ever conducted for bipolar disorder—almost half of those who recovered still had lingering symptoms. Having another mental disorder in addition to bipolar disorder increased one’s chances for a relapse. See STEP-BD for more information.

Treatment is more effective if you work closely with a doctor and talk openly about your concerns and choices. An effective maintenance treatment plan usually includes a combination of medication and psychotherapy.

Psychoeducation, which teaches people with bipolar disorder about the illness and its treatment. Psychoeducation can help you recognize signs of an impending mood swing so you can seek treatment early, before a full-blown episode occurs. Usually done in a group, psychoeducation may also be helpful for family members and caregivers.

In a STEP-BD study on psychotherapies, researchers compared people in two groups. The first group was treated with collaborative care (three sessions of psychoeducation over 6 weeks). The second group was treated with medication and intensive psychotherapy (30 sessions over 9 months of CBT, interpersonal and social rhythm therapy, or family-focused therapy). Researchers found that the second group had fewer relapses, lower hospitalization rates, and were better able to stick with their treatment plans. They were also more likely to get well faster and stay well longer. Overall, more than half of the study participants recovered over the course of 1 year.

A licensed psychologist, social worker, or counselor typically provides psychotherapy. He or she should work with your psychiatrist to track your progress. The number, frequency, and type of sessions should be based on your individual treatment needs. As with medication, following the doctor’s instructions for any psychotherapy will provide the greatest benefit.

If you know someone who has bipolar disorder, it affects you too. The first and most important thing you can do is help him or her get the right diagnosis and treatment. You may need to make the appointment and go with him or her to see the doctor. Encourage your loved one to stay in treatment.

To help a friend or relative, you can:

Never ignore comments from your friend or relative about harming himself or herself. Always report such comments to his or her therapist or doctor.

How can caregivers find support?

Like other serious illnesses, bipolar disorder can be difficult for spouses, family members, friends, and other caregivers. Relatives and friends often have to cope with the person’s serious behavioral problems, such as wild spending sprees during mania, extreme withdrawal during depression, or poor work or school performance. These behaviors can have lasting consequences.

Caregivers usually take care of the medical needs of their loved ones. But caregivers have to deal with how this affects their own health as well. Caregivers’ stress may lead to missed work or lost free time, strained relationships with people who may not understand the situation, and physical and mental exhaustion.

It can be very hard to cope with a loved one’s bipolar symptoms. One study shows that if a caregiver is under a lot of stress, his or her loved one has more trouble following the treatment plan, which increases the chance for a major bipolar episode. If you are a caregiver of someone with bipolar disorder, it is important that you also make time to take care of yourself.

How can I help myself if I have bipolar disorder?

It may be very hard to take that first step to help yourself. It may take time, but you can get better with treatment. To help yourself:

Where can I go for help?

If you are unsure where to go for help, ask your family doctor. Others who can help are listed below.

You can also check the phone book under “mental health,” “health,” “social services,” “hotlines,” or “physicians” for phone numbers and addresses. An emergency room doctor can also provide temporary help and can tell you where and how to get further help.

What if I or someone I know is in crisis?

If you are thinking about harming yourself, or know someone who is, tell someone who can help immediately.

Make sure you or the suicidal person is not left alone.

This information adapted from: https://www.nimh.nih.gov/health/topics/bipolar-disorder/index.shtml